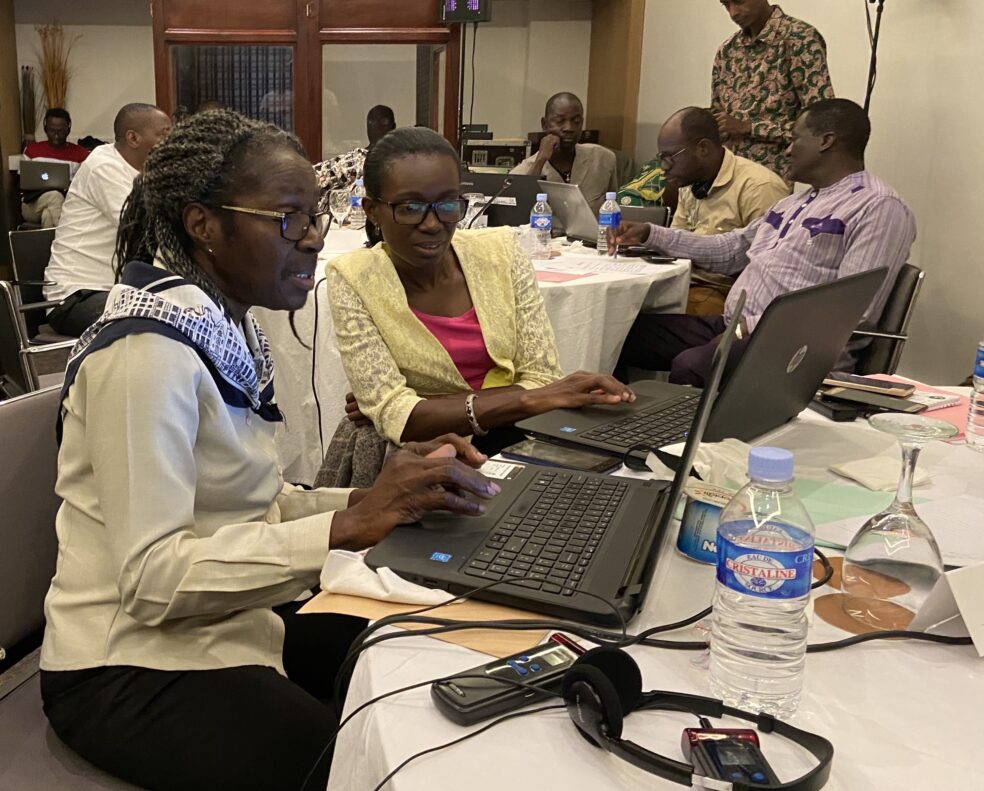 – This article is based on an interview with Elsie Ayeh and Irene Kpodo from NAP+ Ghana.

In Ghana, where the country is implementing its second PLHIV Stigma Index 2.0, the Ghana Network of Persons Living with HIV/AIDS (NAP+) understands the importance of the involvement of key population networks and organizations for a successful PLHIV Stigma Index implementation. However, NAP+ initially experienced some challenges engaging key population leadership due to historical misunderstandings and sidelining of key populations from the national PLHIV network. During the National Consultation on the Global Partnership to eliminate all forms of HIV-related stigma and discrimination, organized by GNP+ and NAP+, the doors were opened for meaningful collaboration between national PLHIV networks and key population groups.

“What was happening was like, stigmatizing the stigmatized. Because already, because of their lifestyle or sexual orientation, key populations are stigmatized, and also being HIV positive also makes it a double burden. And so, if we could bring them together, under one umbrella body, then we could be a force to reckon with in terms of fighting for the rights of all PLHIV, regardless of whatever lifestyle, behaviors, or practices they were engaged in.”

When NAP+ began implementing the PLHIV Stigma Index 2.0, the collaboration was immediately started. Members of PLHIV key population groups have been instrumental in the implementation of the study:

“During the engagement meetings, for the Southern and Northern zone, you would find that the majority of them [key population members] were the ones asking questions and trying to understand the purpose of the study. How it applied to them, what role they could play to support the study, and ensure the process of the study materialized. And that was something remarkable that I appreciated from the KP PLHIV community.”

The involvement of key population PLHIV community members, as part of the PLHIV Stigma Index implementation process, has proved to be a collaborative process. One that has provided an opportunity for PLHIV in all their diversity to learn from each other, facilitate the implementation process according to the standard methodology, ensure inclusivity and representation of all PLHIV community voices.

“[…] most of them are educated and know their rights and would not let you trample on them just for anything. No. They would match you up boot for boot. I find that so interesting because when it comes to stigma, although they are stigmatized because of maybe their sexual orientation or whatever, they are not bothered. And that is something unique that they bring into the PLHIV community. It makes a blend. So, you know that somebody is out there, looking out for me and ready to help and support me. I find that very interesting.”

NAP+ initiated contact with leaders of key population networks and organizations to inform them about the study and harmonize the relationship. From these meetings, the study coordinator reached out to contacts in all of Ghana’s 16 regions who were ready and excited to work together. The COVID-19 lockdown restrictions slowed down a significant portion of the implementation process. However, once Ghana lifted COVID-19 restrictions, the team held various meetings that included key population members in the Southern and Northern zones. During these meetings, they planned out their sampling strategy and a list of potential participants to be recruited as interviewers and community liaisons for the study.

For the success of the PLHIV Stigma Index, it is instrumental to maintain and continue the meaningful collaboration between NAP+ and various KP networks and organizations, including LGBT+ Rights Ghana, Alliance for Equality and Diversity, Hope Alliance Foundation, Positive Royals, NAP+ Sisters, Youth Health Advocates Ghana, Centre for Popular Education and Human Rights Ghana, and Maritime Life Relief Foundation, beyond the study to keep the momentum alive. NAP+ also encouraged KPLHIV members to continuously work together with their regional and local PLHIV groups by joining the national register for PLHIV organized by NAP+ and the Ghana AIDS Commission.

As Ghana is wrapping up its PLHIV Stigma Index implementation and finalizing its report, NAP+ is looking ahead and preparing for the next steps, which involve its dissemination and advocacy strategy and plan. For now, their most immediate goal is to ensure that the results and preliminary results are shared with the study participants and all key population groups involved in the study. Doing this will ensure that their input and feedback enrich the final report and prioritize the advocacy issues before they move ahead with the advocacy plan. NAP+ partnership and engagement with key population groups has contributed greatly to the diversity and inclusivity of the whole PLHIV Stigma Index 2.0 implementation process. While funding to achieve some of their advocacy actions poses an obstacle, one thing is sure; NAP+ is working to continue the fruitful collaboration and partnership with all key populations, in all their diversity, to change the archaic narratives about PLHIV, and are set to turn their results and findings into action!