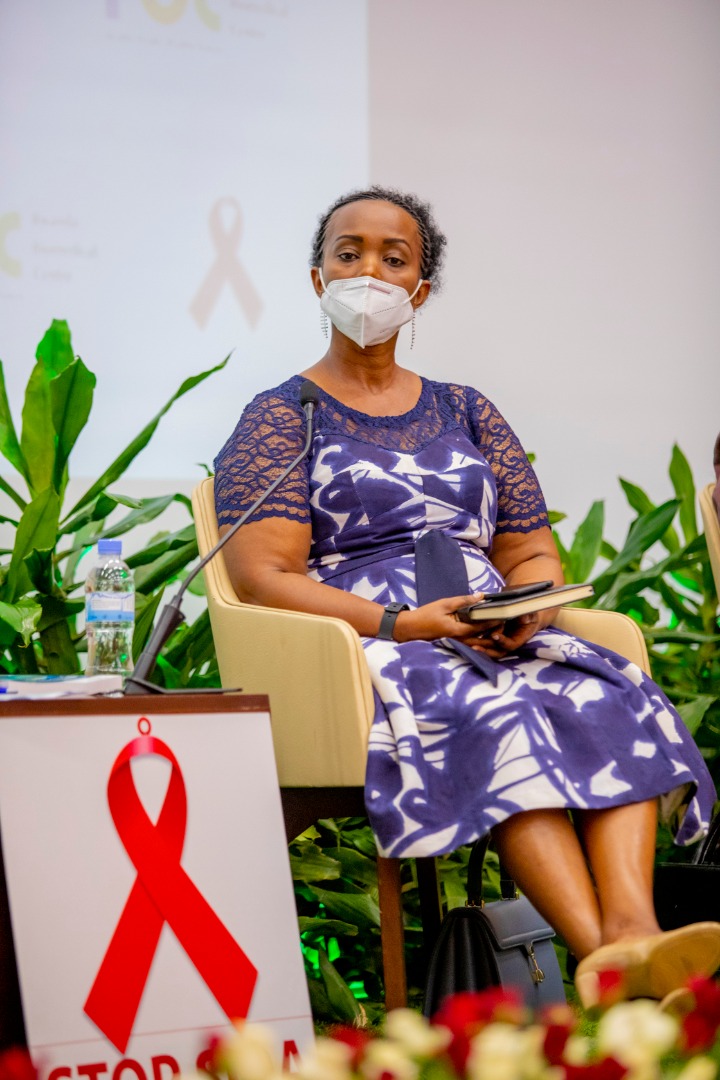 – This article is based on an interview with Sage Semafara, Executive Secretary, Rwanda Network of People Living with HIV (RRP+)

One of the main principles of the People Living with HIV Stigma Index program is that people living with HIV (PLHIV) are at the center of the process. PLHIV drive how the information is collected, analyzed, and used. In 2020, the Rwanda Network of People Living with HIV (RRP+) led the second round of the PLHIV Stigma Index study implementation. Guided by the PLHIV Stigma Index’s key principles, the network is building its network members’ capacity, and engaging PLHIV throughout the implementation to ensure visibility, accountability, and ownership of the process and the findings.

At RRP+, PLHIV leadership ensures that PLHIV, in all their diversity, including key populations, women, and youth, are involved in every aspect of the PLHIV Stigma Index implementation and are equipped with the capacity to supervise and conduct data collection. According to RRP+, conducting a research-based project that is led by and for PLHIV was something new. The understanding was that data collection and research was something only experts and expert institutions could do. However, through the PLHIV Stigma Index, this understanding has changed.

The implementation of the PLHIV Stigma Index 2.0, led by the network, faced a few challenges. One challenge was the level of self-stigma within the community and their willingness to participate in the study. Some of the strategies to address self-stigma shared by RRP+ include putting measures in place to reach PLHIV who are not members of the network, to equip PLHIV with information on stigma and discrimination, and to emphasize the importance of documenting their experiences with stigma and discrimination. RRP+ believes that these strategies will help identify and address self-stigma challenges and other myths and misconceptions surrounding different faith beliefs.

The next steps for the network include organizing a high-level meeting and fundraising activities to support advocacy work using the PLHIV Stigma Index results. RRP+ is in the process of negotiating for the inclusion of the results from the PLHIV Stigma Index findings in the Global Fund grants and PEPFAR COP21. RRP+ encourages other countries to ensure they garner political will, build trust with their governments, and build the capacity of country networks to engage in the development of National Strategic Plans. Establishing collaborative relationships and continuous engagement with all stakeholders, including the government, can contribute significantly to reaching those left behind. PLHIV leadership and the inclusion of PLHIV in all their diversity throughout the implementation of the project encourages ownership of the results and recognize PLHIV, not only as participants, but also as program designers, implementers, and evaluators. Follow-up engagement from the PLHIV Stigma Index process has included RRP+ participating in the World AIDS Day commemoration, to showcase the successful leadership by PLHIV in the PLHIV Stigma Index implementation and call for meaningful participation of PLHIV in leading the fight against stigma and discrimination in Rwanda.

The report from the PLHIV Stigma Index study in Rwanda is available on our website, if you are interested in learning more about their findings.